(All Free except for meals)

PennWest Clarion is hosting a Folk Music Weekend in the Gemmell Student Complex! This experience is free and open to everyone age 10 - infinity and beyond! All skill levels are welcome.

***Check out the Schedule at the bottom of this page*** 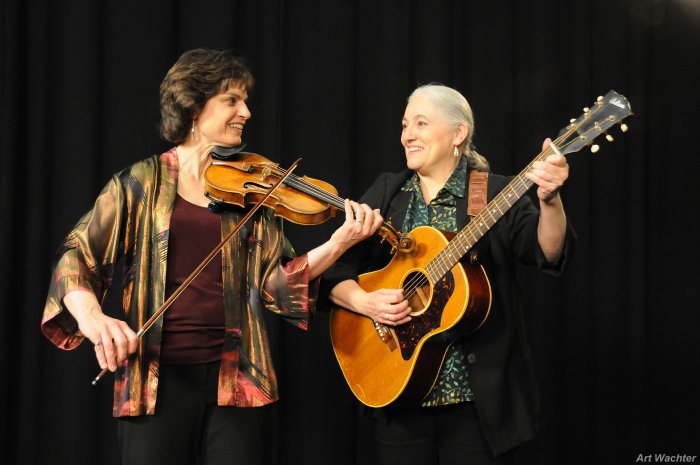 An important focus of Simple Gifts' work is education. Realizing that they're playing instruments
and genres that many in their audiences have never heard, they take seriously their role as
educators. Their concerts are interspersed with informational segments to help the audience
understand the music. Simple Gifts has presented workshops to every age from pre-school
through older adults. They are founders of and teachers at Folk College, an educational event for
amateur and professional folk musicians. In conjunction with the Huntingdon County Arts
Council, Simple Gifts has been involved in several projects to identify and preserve traditional
Pennsylvania music.

Simple Gifts was on the prestigious PennPAT (Pennsylvania Performing Arts on Tour) roster for
15 years and earned the distinction of being the most frequently requested artist on the roster.
PennPAT, which was discontinued several years ago, was a group of about 120 Pennsylvania
artists who were chosen through a competitive, juried process for a grant program funded by the
Heinz Foundation, William Penn Foundation, Pew Charitable Trust, and Pennsylvania Council on
the Arts. 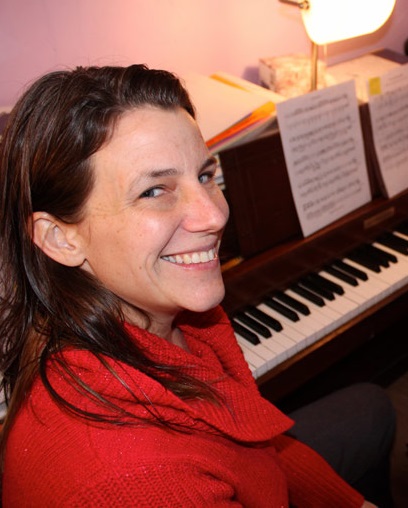 Hillary LeFay has been teaching private music for two decades. She teaches piano, guitar, bass guitar, ukulele, violin, cello, banjo, and voice. Some of these years have been spent teaching in classrooms from pre-school to high school. But, private and small group instruction are her favorite way to instruct and foster creativity. She has students starting as young as 2 and many adult students also enjoy her music instruction.

Her students learn music theory, listening techniques, composition, and a little music history while learning to play a variety of styles of music. Hillary thinks it is very important to be introduced to many genres, but spends a lot of time writing arrangements of modern music to be at an appropriate level for her students. So, from Beethoven to Taylor Swift and from Ragtime to videogame theme songs, you can hear it all at one of Hillary's students' performances.

Community involvement is very important to Hillary. So, you can see her students performing during a local 5K to entertain the runners, and in a variety of nursing homes and community centers. They also perform in an annual recital to show off their songs, and perform in a more formal setting. 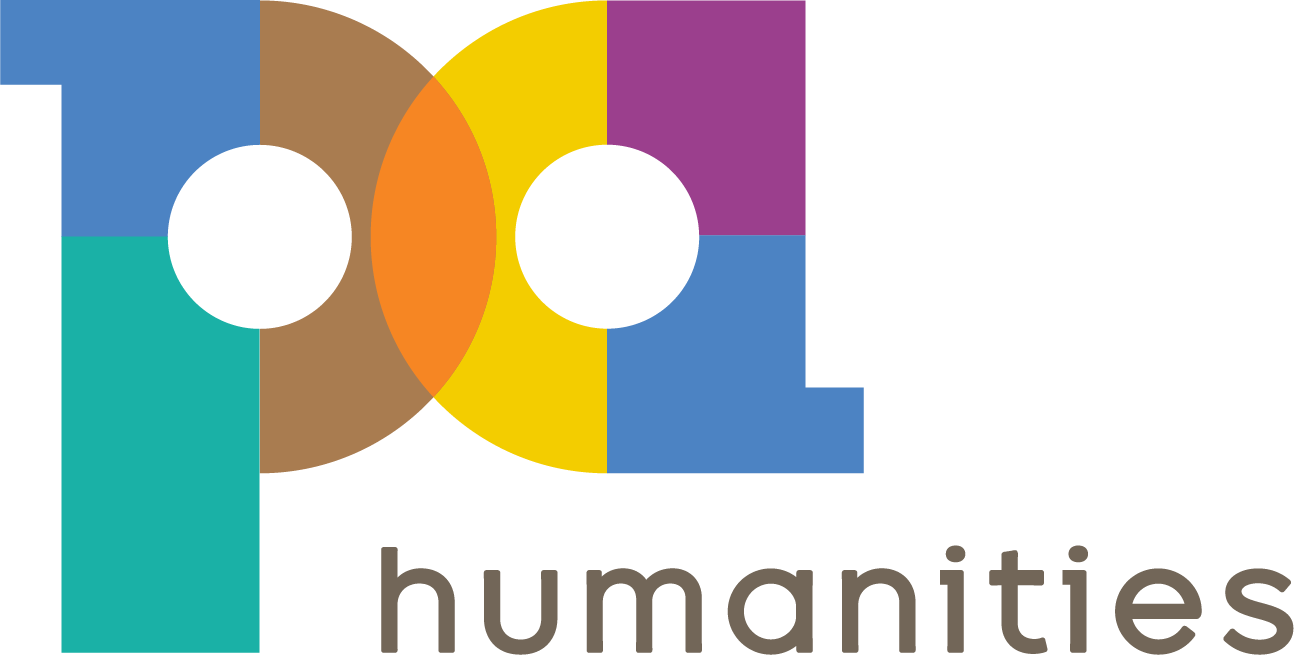 ***Made possible by the PA Sharp Grant, offered through PA Humanities.

*** Program Note: Saturday night there will be an Open Mic for Folk Music Weekend attendees at the Mechanistic Brewery in town for all adults in the program who wish to attend. (Or underaged participants with their parents.) Check with us on Friday for more details at our opening session.*** 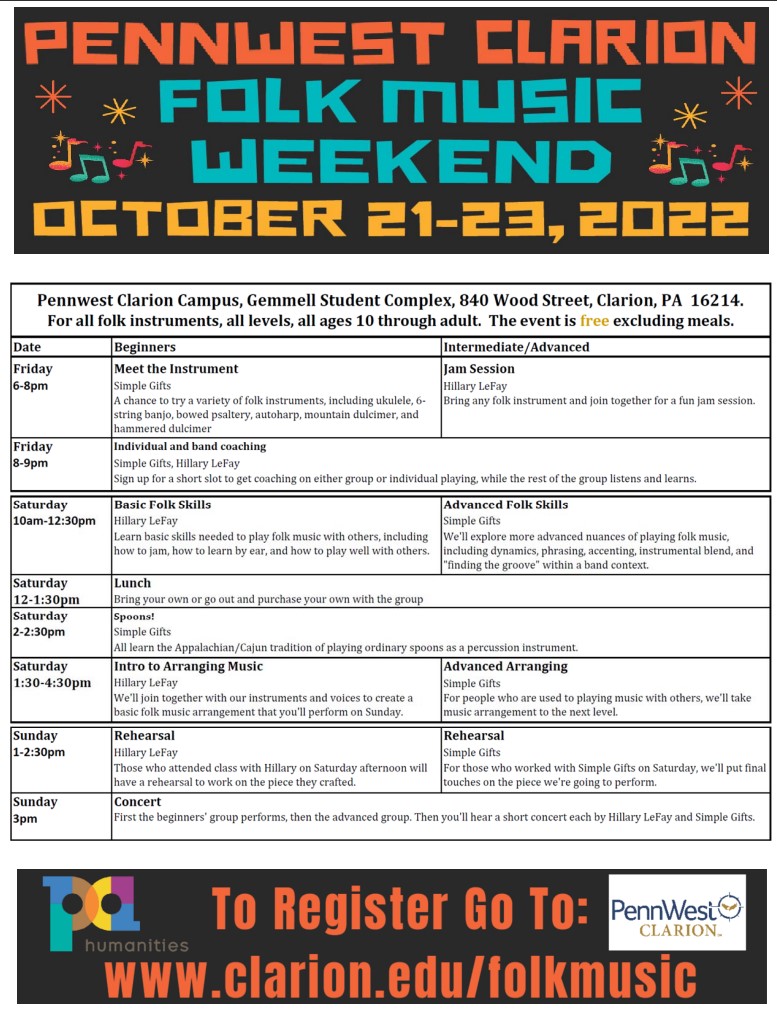