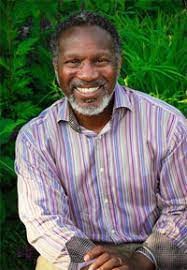 Dr. Joseph Croskey, chair of Clarion University Department of Student Achievement and Success, has been appointed the first executive director of the Frederick Douglass Institutes. Croskey will work half time in each capacity.

The Frederick Douglass Institutes, which exist across the 14 universities in Pennsylvania's State System of Higher Education as part of the Office of Diversity, Equity and Inclusion, are charged with creating inclusive university communities and fostering transformative connections among historically underrepresented students and faculty, as well as other communities across the Commonwealth of Pennsylvania and beyond.

Though born a slave around 1818, Frederick Douglass became one of the world's foremost champions of human freedom. A self-taught man, his life as an author, orator, newspaper editor, U.S. Colored Troops Recruiter, and U.S. Ambassador to Haiti stood as a counter example to the then largely held belief that slaves did not possess the intellectual capacity to live in freedom alongside their white counterparts.

Douglass and the commonwealth share a long and storied history together. In fact, it was at one of the FDI partner campuses, West Chester University of Pennsylvania, that he gave his final speech Feb. 1, 1895.

It is the goal of the FDI to move forward in the spirit of this great orator and brave leader in an effort to ensure that his legacy lives on through the students of our partner campuses.

Croskey will work with the FDI directors at each campus. He will provide leadership and be a catalyst, convener and facilitator to support FDI's strategic plans. He will be responsible for a variety of strategies that uplift and support all FDIs, strengthen systemwide partnerships, connect the FDI work of universities across the system, and bridge the space between universities and the State System.

"When you look for someone to join your team, you look for a certain set of knowledge skills and dispositions that you think will drive the work forward," said Dr. Denise Pearson, vice chancellor and chief Diversity, Equity and Inclusion officer for the State System. "Dr. Croskey has an abundance of knowledge in many different areas of the State System ecosystem. He understands what it takes to foster student success: He's an academic advisor, he oversees Act 101, and he has an overall commitment to student success, not just for historically excluded students, but all students."

Additionally, Pearson said Croskey has the ability to work across the aisle.

"He's a great communicator, and he knows the challenges of administration, faculty, union leadership and students. He has the ability to reframe challenges as opportunities," she said.

Croskey sees his new role as another way to serve students.

"There is a wonderful feeling associated with seeing someone graduate after persisting through the challenges they face. Frederick Douglass said 'If there is no struggle, there is no progress,'" Croskey said.

"The Frederick Douglass Scholar program is one of several programs we offer," Croskey said. "This program provides teaching opportunities to graduate students pursuing careers as university faculty. This is part of developing a framework to anchor the FDI as a vehicle to increase faculty, staff and student diversity and eliminate student performance gaps."

Through the work of FDI, Croskey hopes the State System and its member universities will become known as the provider of choice for underrepresented teachers, engineers, doctors, entrepreneurs, police, lawyers, information technology/security, social workers and more.

"We believe that the FDI is a hidden gem on each campus, that can enhance our ability to successfully attain the State System's diversity, equity and inclusion strategic priorities," he said.

For information about the Frederick Douglass Institute, visit https://frederickdouglassinstitute.org/.