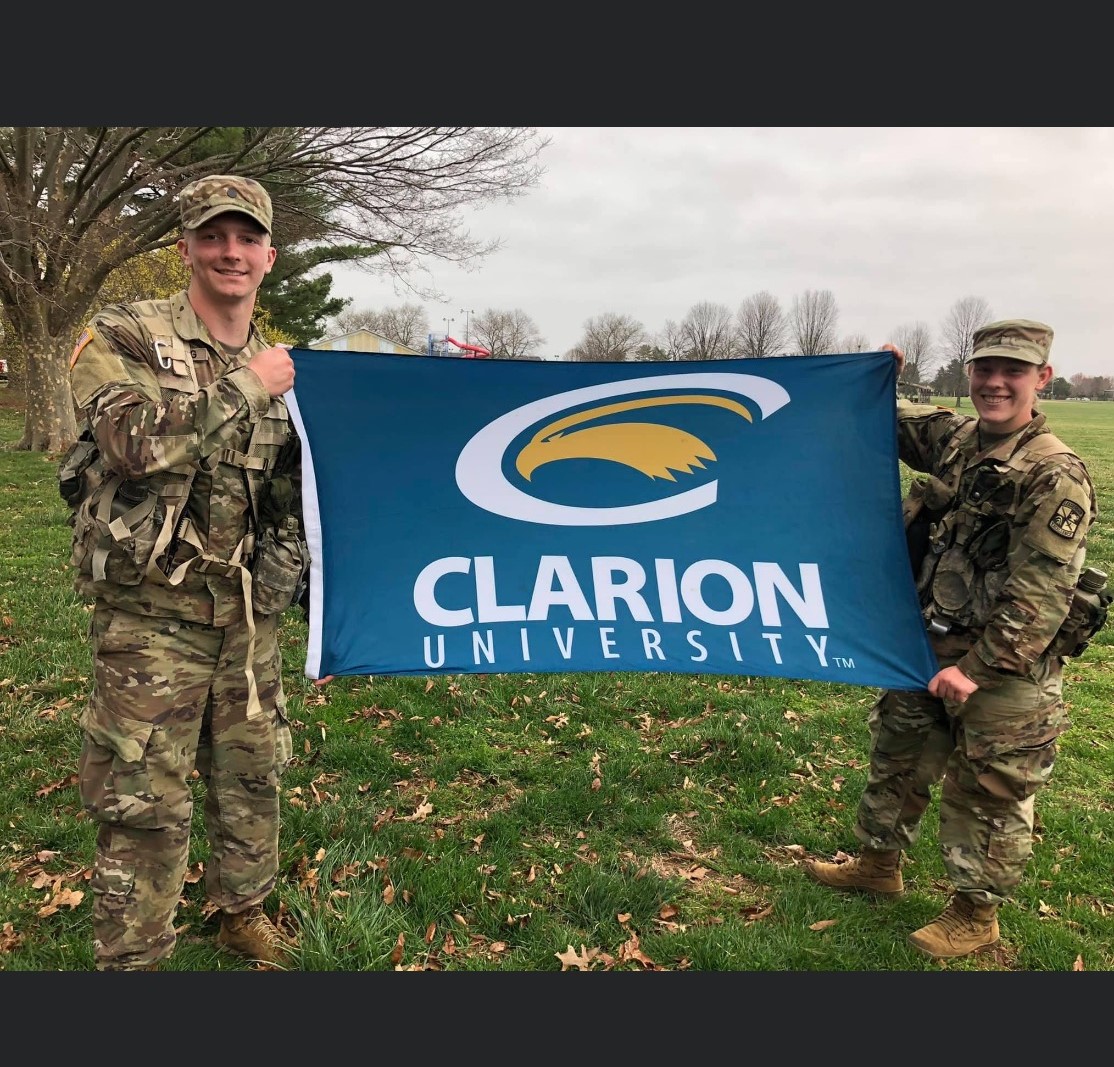 Logan Wadding and Courtney Kosanovic joined SRU cadets to compete against other teams in the 2nd brigade of ROTC. The team placed second, putting them in the top half of the best schools in the nation.