On December 19, not even the biggest snowstorm in recent East Coast history could keep Chris Boone from trying to make it back to his alma mater for commencement.

By noon that day, crews in Clarion University's Tippin Gym had finished setting up several hundred chairs. Dozens of poinsettias decorated the stagefront as graduates and their families begin to file in for Winter Commencement. Lynne Fleisher, Associate Director of the Virtual Campus, waited nearby to greet Chris and his family, and to congratulate him on his accomplishments.

Then the call came. It was Chris. The evening before, he and his wife Martina had set out from their home in Norfolk, Va. with their three small children, bound for Clarion. As they drove north, the snowflakes multiplied, narrowing Interstate 64 down a one-lane whiteout. It took five hours just to reach Richmond, some 90 miles away. There, Chris decided to bag the trip, check into a motel room and wait out the storm.

"I had my wife and three kids with me, so there was no way I was going to try it," he said in a recent phone interview. "However, I plan on coming back for commencement in May, God willing. I really want the kids to see this. It is so important to all of us."

Disappointments aside, Chris is elated to have finally finished his B.S. in Liberal Studies at Clarion, capping off a degree he began 16 years ago. These days, Chris is a 38-year-old career Petty Officer in the U.S. Navy. Back in 1993, he was a young basketball player from Cleveland. Al Modrejewski, Clarion's assistant basketball coach, discovered him playing at Cuyahoga Community College.

"The thing I liked about Chris was that he was just a good, hard working kid - and one of the most productive big men we've ever had since Ron Righter and I began coaching here in the late 1980s," said Modrejewski of the 6-foot-7-incher. "At the time, he was just a kid still finding his way in life. But I knew that for Chris, it was just a matter of time until he succeeded in a big way."

Chris played as a forward and center for the Golden Eagles from 1992-95. As a senior, he averaged 17.9 points and nine rebounds per game and was named to the First Team All-Conference.

But just a few months short of graduation, a bigger athletic opportunity knocked. Chris left the university to play professional basketball overseas. For the next five years, he played on teams from Switzerland to Ireland, Israel to Taiwan. "It was a great adventure for a young man like me, and the money was pretty good, too," he recalled. "But after playing for about five years, I began to get burned out. It was time to look for another career."

Chris decided to follow the path of his father, Cecil, a career Navy man himself, and enlisted in 1998. Since then, Chris has been on four deployments and traveled around the world at least three times. His assignments have taken him from South Africa to the Caribbean , through Europe and across the Middle East. "I was there for post-911 work and for Operation Enduring Freedom. I've pretty much been right there in the middle of it all." 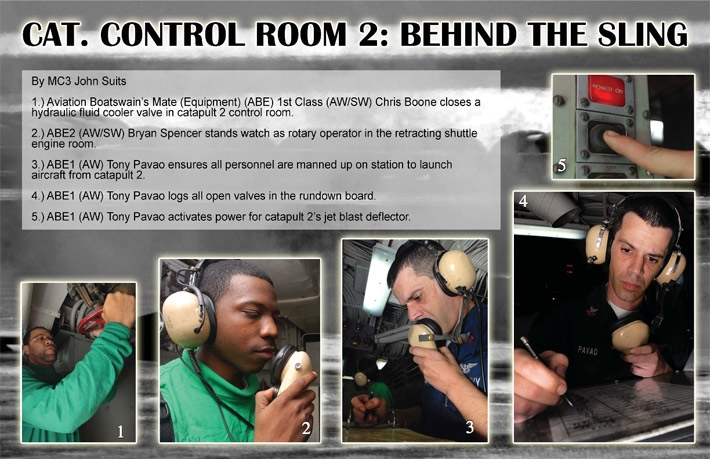 And through it all, Chris kept alive his desire to finish his Clarion degree. In 2000, he re-enrolled in the Liberal Studies program. Thanks to the university's Virtual Campus, Chris was able to take one or two courses online each semester from anywhere in the world until he crossed the finish line to graduation.

"It took me a while to reach this goal," Chris recalled. "Military duty is 24-7 and extremely demanding. You are expected to put duty before school and even family. Some times, you can make time for studies. Other times, you have to put it off for a year. You get things done, and then come back to be a student again."

Given this reality which all military members face, Chris said that online studies were the ideal study option for him, and that his Clarion experience went smoothly. "As an online student, you have to be more disciplined but the classes are more self-paced," he noted. "The big thing for me was the flexibility. If I had to go out to sea for three weeks, I could get my assignments done ahead of time.

"The professors were all great, and I enjoyed their class websites," Chris added. "I received quick e-mail responses to my questions and lots of feedback on assignments. All in all, the university was very supportive of me."

Chris is now ranked as a First Class Petty Officer, and works as an aircraft catapult and arresting gear technician. He and his family will soon be moving to Lakehurst, N.J., where he will teach young recruits the technical aspects of this specialty. Since the U.S. Navy requires a college degree for any rank past E-7, Chris will now be in a better position to advance his rank. "The Navy wants college-educated people to lead these young troops," he said. "People who can teach them and serve as role models for them."

Reflecting on Chris as a young basketball recruit, Modrejewski said he's not surprised that Chris has succeeded with a military career nearly two decades later. "I believe the military was a great thing for Chris because I think it gave him a sense of direction and purpose," he said. "I'm just so proud of the successful career and life he has built for himself."

In addition to strong faculty and coaches, a dedicated university staff is critical to a military student's success. Navigating the admissions, financial aid and registration can be daunting. Boone said that Lynne Fleisher made all the difference for him. "I couldn't have finished this degree without her," Chris said. "Whatever I needed, she always called me or e-mailed me......her communication line was always open.

"We would talk back and forth about many things," he continued. "Not just about school, but about life in general. Lynne said she was just doing her job, but she went way above and beyond her basic job to help me out. She really is the best."

Fleisher believes that such a personal touch is key in working with military students. "We try to guide them carefully through the whole university process - getting acclimated to campus life and to online learning. If a solider has been on active duty and deployed somewhere else across the globe and then comes to our university, they need to feel that sense of community - someone to bring them back into the fold. I think we do a pretty nice job of that here at Clarion."

According to Fleisher, many of the military students choose Clarion based on its familiarity, academic reputation and numerous accreditations.

"At Clarion and in all of the 14 state system schools, it's our job to make higher education as accessible as possible to all military members in Pennsylvania and beyond," she added. "One of the ways we can most effectively reach out to them is through our online programs on the Virtual Campus."