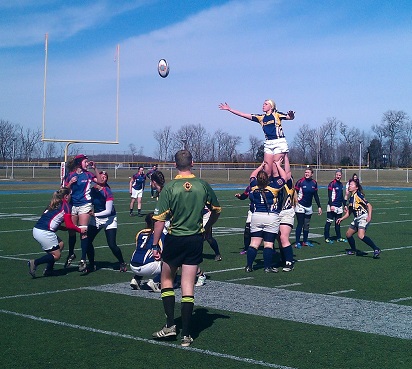 The Clarion Women's Rugby Football Club was founded at Clarion University in the spring of 1995. Collegiate teams play a fall league season that begins in September and concludes at the end of October.  The spring season, beginning in mid-March, consists of annual tournaments such as the Pittsburgh Collegiate Classic and the Four Leaf Clover Tournament held in New York City.  The Clarion Rugby Club also hosts the annual "Rugby Night in Clarion" charity match where all proceeds benefit the Clarion VFW Care Package program.

We accept new members all year round!   The Women's Rugby team meets weekly during the season. For a current schedule of practices please contact the organization.

Find us on CU Connect or check out our Facebook page