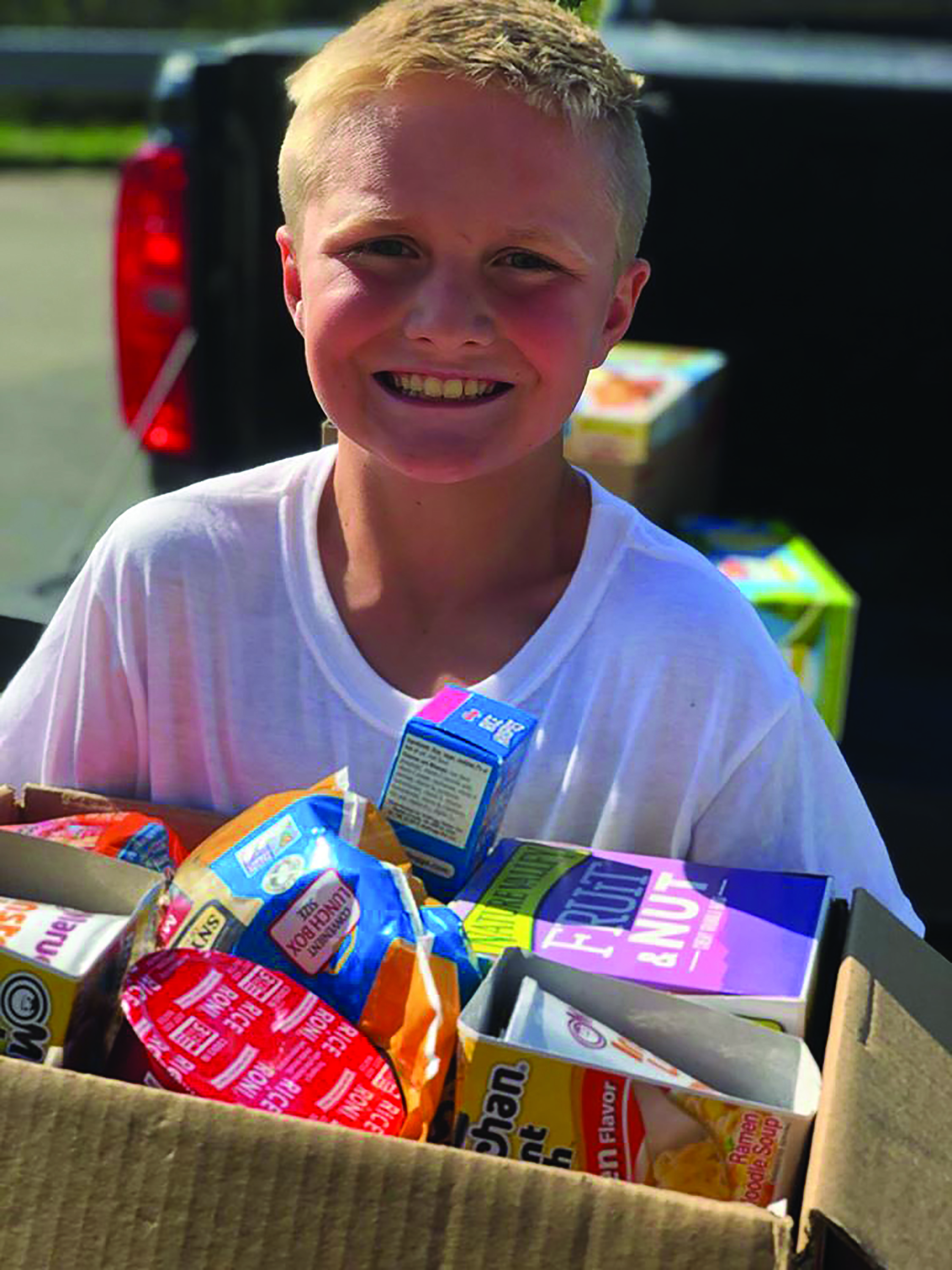 Clarion alumnus Scott "Howie" Dittman is helping to bridge the gap for families and individuals in need. Through his Facebook-based organization, Helping Butler County, people have hope in hard times.

As founder of the Facebook-based Helping Butler County, he leads a group that helps needy people fill in the gaps where state and federal agencies can no longer help.

He got started through feeding the homeless under a bridge in Butler County after he learned that the county's homeless received daily lunches and dinners, except for lunch on Sundays. He began taking roasters of food to them. Because the homeless trusted him, he was able to connect them with agencies, which could better their situation.

He also realized two more things: Many people fall through system's cracks. There are others, who want to help these people, but don't know how.

"I'm essentially a conduit between the community and the agencies that are helping people," Dittman said.

Agencies can only do so much. A person might be placed into a new living situation, but that person might not have furniture, clothes, cleaning supplies, etc. School nurses contact Dittman if a student needs a new coat or shoes. This is where Helping Butler County comes into play.

When Dittman learns of a need, he posts in the Facebook group. The needs are as varied as the people: cleaning supplies, car repairs, furniture, clothes and Christmas gifts. Typically, group members meet the need within minutes.

"Everybody has something," Dittman said of the group's willing donors.

The key to success for Helping Butler County is understanding people's donation habits and preferences. Dittman has noticed that people tend to forget about year-round donation stations; supply drives for specific needs work better. Donors like knowing that their donations are going to "people actively engaged in bettering their situation."

Dittman tells stories such as the veteran who was simply in need of a crockpot because his efficiency apartment had limited appliances. That same veteran cried upon receiving the donation.

Another story is about a family in which the dad was playing guitar outside of Walmart to earn money to fix their vehicle. Instead, a person gave him a job and connected him with an agency, which helped his family get an apartment. When the family moved into the apartment, Helping Butler County donations completely furnished it, including providing a Christmas tree and gifts beneath it. Donations were anonymous and placed before the family got there.

Helping Butler County's success has spiraled into other donation programs such as expanding upon an existing backpack program for the county's food-insecure students.

Through the program, once a month children received a backpack filled with food. When Dittman heard of a little boy who consistently asked if it was the weekend for the program, he knew the program needed to expand to weekly. He also knew people would come through with donations to support it. Each school district administers its respective backpack program.

Helping Butler County also ensures that each school has hygiene items on hand for children who need them.
Going a step further, the group has a fund called "Bed for Every Head" which collects donations for new mattresses, a common need. The group doesn't collect used mattresses due to infestation concerns.

Other needs that have been met by the group include providing senior pictures for students who can't afford them. Members have stepped in to take those photographs, and Dittman said parents are so grateful.

"Basically, anything that we can find that needs to be done, we do," Dittman said.

Many hands, many hearts

The growth of Helping Butler County surprised Dittman and his wife, Lee ('98).

"It just kind of took off," Lee Dittman said. The organization grew "more than I had anticipated."

As a result, "he has so many more people helping," Lee said, which means needs are met even quicker.

Dittman hopes to share the process to bring about a nationwide solution. His day job involves designing health care systems for a Florida-based company, so he's familiar with creating processes based on user experiences.

His desire to help doesn't stop there. Dittman noticed that the temporary and transitional housing used by the people his group helps is often from the 1950s and 1960s, designed with narrow doors, hallways and stairs that sustain damage during occupants' frequent moves.

Dittman helped design housing that is handicapped accessible and made with sturdy materials that can stand up to frequent transitions. Initially, the housing will be 20 percent more expensive, but Dittman said over a short time the county will save thousands of dollars by not needing to repair the outdated housing. The prototype – a duplex in Slippery Rock – is in the works. 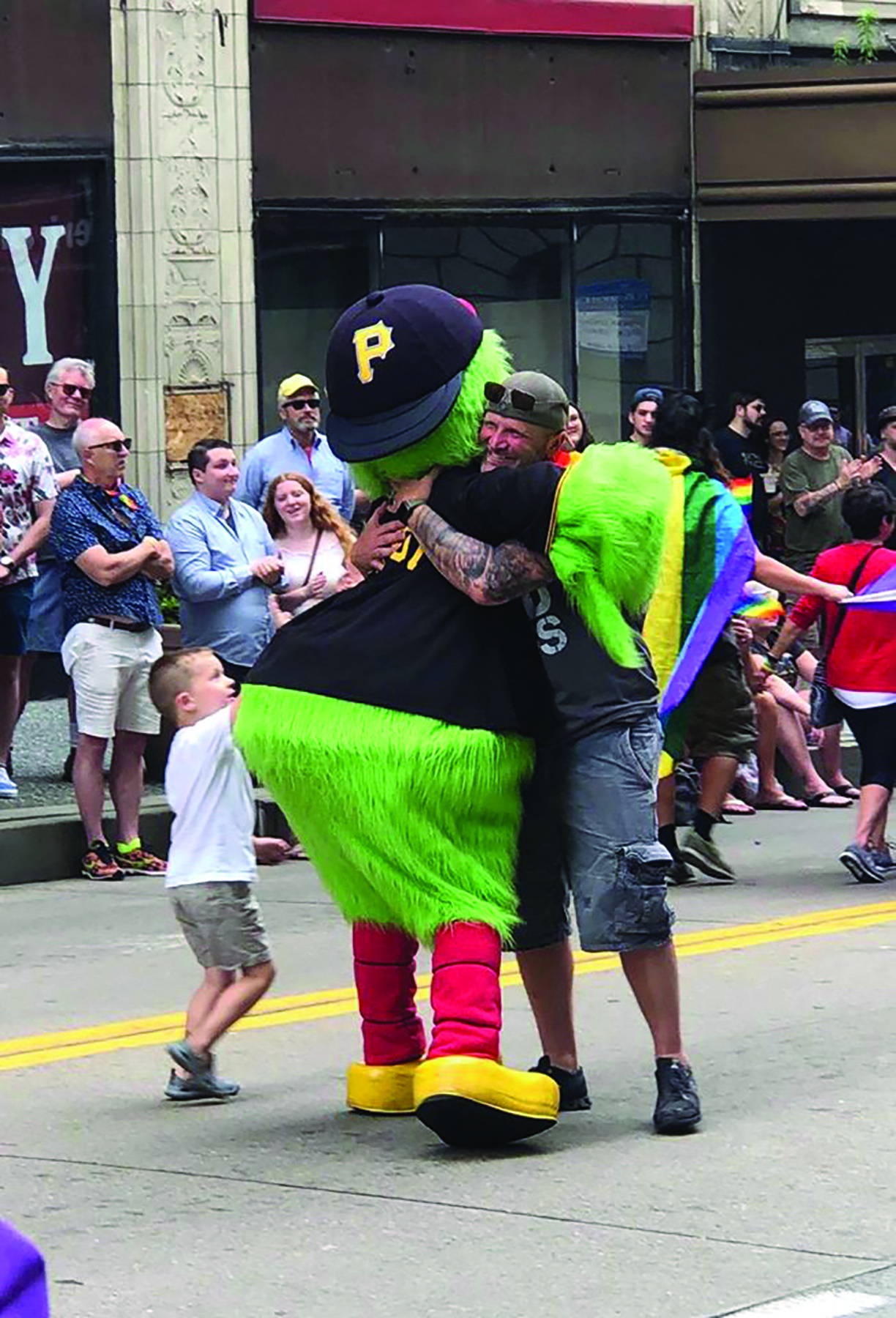 Dittman tries to fill non-material needs, too. He received wide media attention after posting on Facebook his experience at the Pittsburgh Pride Parade, where he gave "Dad hugs" to LGBTQ individuals, who had been rejected by their families. The post went viral, leading to BuzzFeed and USA Today articles and interviews on CNN and local news channels.

Dittman said he attended the parade with the expectation of a joyful experience, but he also learned how much a hug from a dad meant to so many. It angers him that people reject their loved ones for their sexual orientation.

"How can you do that?" Dittman asked.

After the parade, he received 2,900 Facebook messages from people who were touched by his presence at the parade. He responded to every message.

With permission, he compiled some of those Facebook messages into a book called "Beyond the Hugs: Testimonies of Pain, Joy, Fear, Support and Courage." It is available through Amazon.