Chancellor calls for creativity, innovation in ‘State of the System’ address

Pennsylvania’s State System of Higher Education is at a crossroads and must become even more creative and innovative to ensure both the viability of the system and to best meet the needs of students and the commonwealth in the future, Chancellor Frank T. Brogan said Oct. 7 in his second State of the System address.

Harrisburg – Pennsylvania's State System of Higher Education is at a crossroads and must become even more creative and innovative to ensure both the viability of the system and to best meet the needs of students and the commonwealth in the future, Chancellor Frank T. Brogan said Oct. 7 in his second State of the System address. 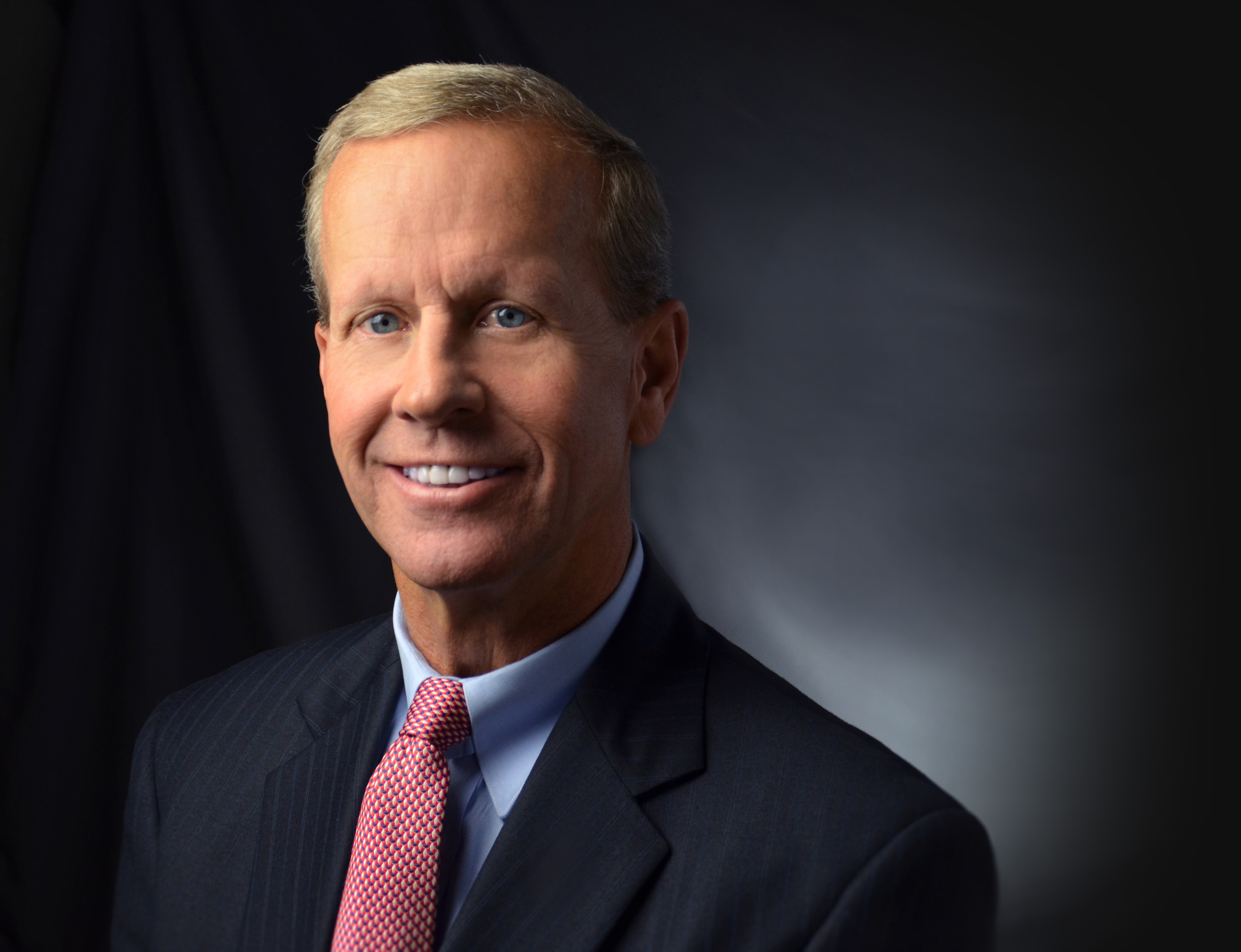 "We must be willing to challenge every assumption in order to ensure a sustainable future for each of our 14 universities within the system," Brogan said. "We must innovate and collaborate to achieve greater efficiencies as we work to deliver Pennsylvania's best value in higher education."

Brogan highlighted the many successes the state system experienced over the last year, while also outlining the opportunities and challenges that lie ahead. He spoke during a luncheon held at the Dixon University Center prior to the beginning of the two-day, quarterly meetings of the state system's Board of Governors.

"It's important for an organization—from time to time—to pause and take stock of itself," Brogan said. "That is what we're doing here today. We're here to celebrate our successes of this past year and outline the opportunities and challenges that lie ahead for us in 2015-16."

Board of Governors' Chairman Guido M. Pichini also addressed the audience attending the event, speaking about the board's efforts to increase communication with the campus communities and its commitment to "striking the right balance between system coordination and local decision-making."

"In a very real sense, this board is becoming a model of 21st century governance in higher education," Pichini said. "The chancellor and our board recognize that effective leadership cannot be hands-off, so we engage with our presidents and trustees on and off campus throughout the year. We are continuing to work with the universities to identify additional ways they can benefit from being part of a system while also providing them with greater flexibility in how they operate their campuses.

"With every decision we make—regardless of the issue at hand—we always must ask ourselves: How will this benefit students? Students are why we are here; we must never forget that."

Brogan picked up where he left off in his first State of the System address.

"When we gathered here a little more than a year ago, I shared our vision to make the state system the most flexible, collaborative and student-focused university system in America," Brogan said. "What does it mean to be student-focused? Reiterating the chairman's remarks, 'In everything we do, we must always remember that we are here for students.'"

The caliber of those students is unparalleled, Brogan said, citing several examples of outstanding student success, including May graduates Lucy Kauffman and Travonya Kenly, both of whom were recognized earlier this year by the board of governors.

Kauffman, a biology major and an outstanding field hockey player at Shippensburg University of Pennsylvania, was one of only two recipients of this year's Walter Byers Scholarship, which is considered the National Collegiate Athletic Association's top academic honor. She was just the eighth Division II athlete to receive the prestigious award in its 27-year history. This year's other recipient was from the University of Auburn.

Kenly, who earned a degree in environmental biology/ecology from Cheyney University of Pennsylvania, won the state system's 15th Annual Syed R. Ali-Zaidi Award, which is presented each year to a graduating senior at one of the 14 universities in recognition of outstanding academic achievement and participation in extra- and co-curricular activities. While at Cheyney, she completed study programs at Duke University, Miami University of Ohio and the University of Oxford, and served internships with the Scripps Institution of Oceanography in San Diego and the Institute of Marine and Environmental Technology in Baltimore.

Brogan noted that state system university students received a number of other prestigious national awards in the past year, including several Benjamin A. Gilman International scholarships and Fulbright awards. Student athletes from California, Clarion, Kutztown and Millersville universities all brought home national championships during the 2014-15 academic year.

The chancellor also cited the outstanding efforts of the state system's world-class faculty, including Jonathan Warnock, a geoscience faculty member at Indiana University of Pennsylvania who spent the summer unearthing and imaging dinosaur bones from Utah's Jurassic "Death Pit" and who had his work featured in the July issue of Smithsonian magazine, and Aaron Haines, an assistant professor of biology at Millersville University of Pennsylvania, who led a class of 13 students from five state system universities on a field study at Chincoteague Bay Field Station in Wallops Island, Va. Among their research, the group identified three species that were not previously documented by the U.S. Fish and Wildlife Service.

"That last example points to something else we can be especially proud of in the state system—the myriad opportunities our undergraduate students have to participate in real, practical research," Brogan said. "And it's our faculty who lead those efforts."

The state system universities continue to adapt their programming to meet the needs of students and the commonwealth, Mr. Brogan said.

"Since July 2014, the board of governors has approved 29 new academic programs, including five doctoral degrees," he said. "These programs were developed with the future in mind—in fields where there is growing demand for well-educated, well-trained professionals. A number of these programs are collaborative efforts among two or more state system universities. More and more, we are recognizing the power of collaboration."

Over the last five academic years, the 14 state system universities have introduced 276 new degree and certificate programs, while at the same time they have discontinued 143 programs, placed 246 programs in moratorium and reorganized 99 others to meet new market demands.

Even more work needs to be done, the chancellor said.

"This year, we'll take an exponential step forward in ensuring even greater alignment of our degree programs with the demands of students and the commonwealth," Brogan said. "We're conducting a system-wide supply/demand gap analysis that will enable us to see—region by region—the kinds of degree programs that are needed in areas such as science, technology, the arts, the humanities, health, business, education and so much more.

In addition to the approximately 12,000 employees who work at the universities, the system also supports about 62,000 external jobs statewide, including with the literally hundreds of small businesses that thrive in the campus communities, the study reported. Each university has an average economic impact of more than $300 million and supports about 4,400 external jobs in its community, region and state.

"In the simplest terms, the state system produces nearly $11 of economic impact for every $1 invested by the commonwealth through its annual appropriation. That's a tremendous return on investment," Brogan said.

Nearly 90 percent of the students attending the state system universities are Pennsylvania residents, and almost 80 percent of graduates will remain here to live and work after receiving their degree.

"The connection between the state system and Pennsylvania's economic vitality is undeniable," Brogan said. "Our successes, our challenges, our opportunities are the foundation of Pennsylvania's future."

The state system has taken significant steps in recent years to demonstrate those successes, challenges and opportunities, including being more transparent in everything it does, the chancellor said. That includes the development of individual university "financial dashboards" and "action plans" that detail the universities' performance and goals for everyone to see.

"This year, we will extend our efforts toward greater system-wide transparency and accountability by building a Student Success Dashboard," Mr. Brogan said. "This will help us track the progress we are making on metrics such as graduation rates, time to degree, retention rates and more."

The system also will take major steps to update its nationally recognized performance funding program, now nearly two decades old.
While calling for increased support from the state—following four straight years of level funding and a nearly $90 million funding cut the year before that—the chancellor acknowledged that the system also must be more creative with the resources it has.

"Our system is at a crossroads," Brogan said. "We have accomplished much this past year, but there is more work ahead of us. With any new investment from the commonwealth must come an expectation for continued innovation on our part as a system. With that in mind, this year we will tackle the need to expand online learning opportunities and also take time to review our general education program."

The universities' current enrollments reflect the fact that fewer high school graduates are coming out of Pennsylvania's high schools. In the next few years, those numbers are expected to turn slightly upward, and enrollment in the state system universities likely will follow.

"The decisions we make today will determine what kind of system we will be when those numbers start to turn around," said Brogan. "While we have high hopes for new state investment in our state universities—and we appreciate everything the governor and general assembly are doing to make that happen—we cannot simply rely on more money as a panacea."

While it is important that the universities continue to serve their traditional student base, they must do more to make themselves more accessible to community college transfer students and adult learners who want to pursue a degree while maintaining their careers and families, Brogan continued.

"This will require us to offer more programs in flexible times, places and modes of delivery," he said. "Think about this: there are more than 1 million Pennsylvanians who started a degree but never finished. We must reach out to those individuals to let them know they have options at a state system university, and ensure we are organized in a way to meet their needs.

"If we do the hard work and rethink how we approach our business model, I firmly believe we could significantly increase the number of transfers and non-traditional students we serve. Right now, we must be ready and able to make some hard decisions about the programs we offer, the way we're organized, and how we operate to ensure we are as effective and efficient as possible.

Pennsylvania's State System of Higher Education is the largest provider of higher education in the commonwealth, with about 107,000 degree-seeking students and thousands more who are enrolled in certificate and other career-development programs. Collectively, the 14 universities that comprise the state system offer more than 2,300 degree and certificate programs in more than 530 academic areas. Nearly 520,000 state system university alumni live in Pennsylvania.