Your degree at work 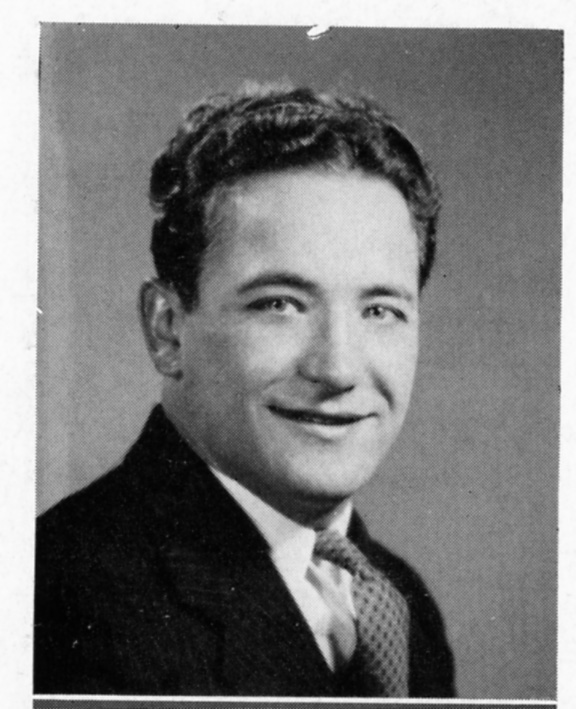 If you saw George Clooney's Monuments Men last year – or read the critically acclaimed novel by Robert M. Edsel – you probably experienced a gripping tale of duty, honor and sacrifice. What you may not have known, however, is that this particular slice of history has some Clarion roots.

Steve Kovalyak, a Punxsutawney native and one of the 345 members of the Monuments, Fine Arts, and Archives subcommission during World War II, graduated from Clarion University in 1942 and joined the United States Army. There, he served with the Second Infantry Unit, until he was assigned to the MFAA in 1945. 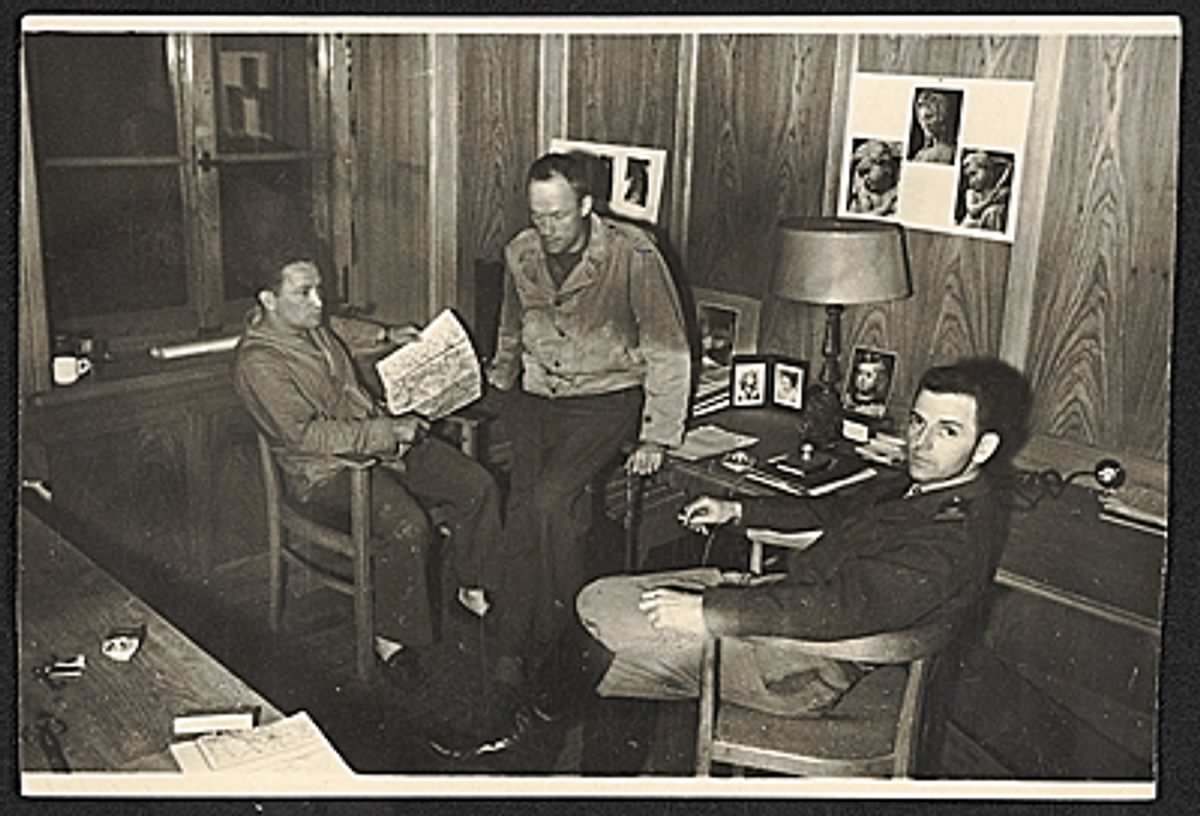 The MFAA had one mission: to collect, protect, and preserve works of art amidst the devastation of World War II. As the Nazis forced their way through Europe, they plundered artwork from museums, churches and private homes and hid them away across the continent. During and after the war, a group of 345 men and women from 13 countries – known as the "Monuments Men" – embarked on what would be called "the greatest treasure hunt in history," tracking down, uncovering and returning more than five million works of art. 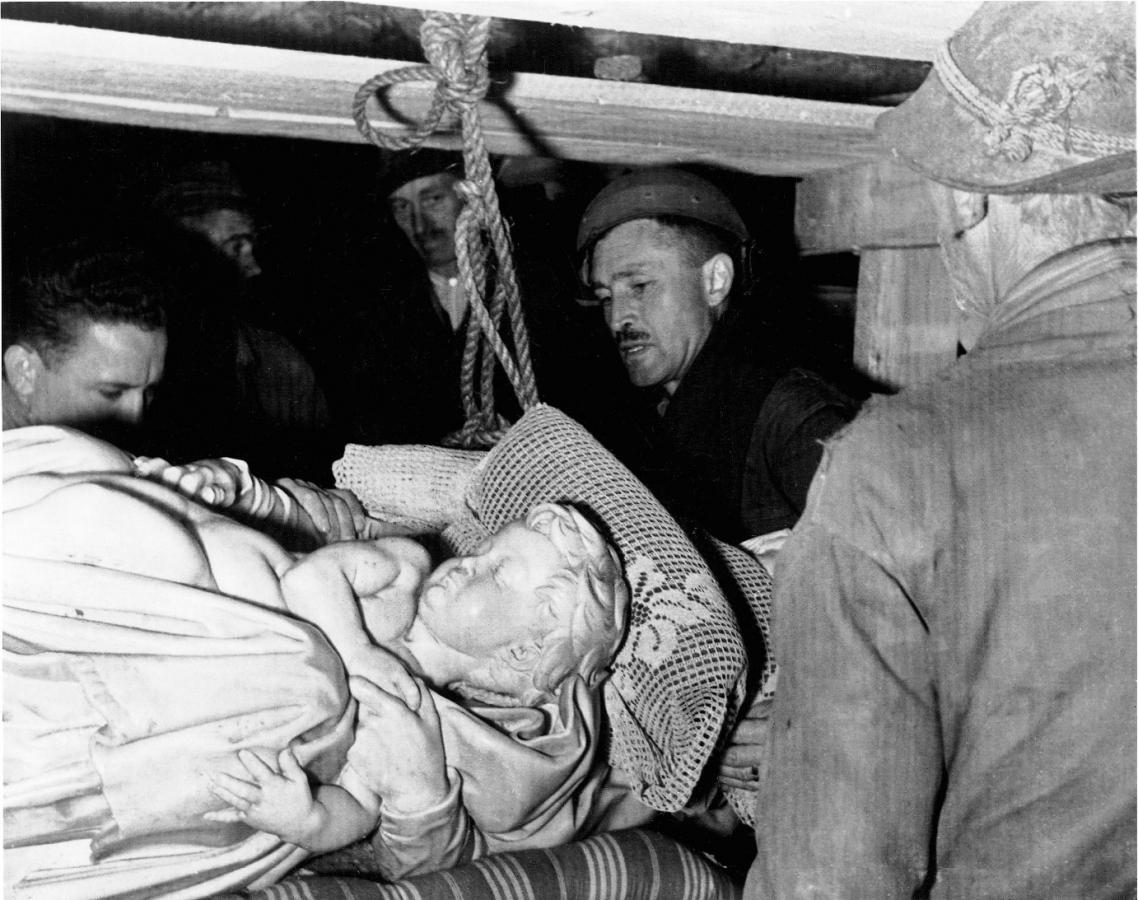 “Works of art are worth far more than their monetary value,” said Vicky Clark, art historian and professor of art at Clarion. “They are part of our cultural heritage, revealing important beliefs and ideas from every era and every place. The events of World War II proved this as Hitler and his people attempted to control not only what artworks were seen, but even what was considered art. They ‘collected’ what they considered degenerate art – proving that art has the power to affect viewers in powerful ways – putting it on view as an ‘educational’ lesson to their people; and they even forbid many artists to make work. In addition, they looted an incredible amount of art, primarily taking it from Jews.”

As a first lieutenant with the MFAA, Kovalyak spent most of his tour of 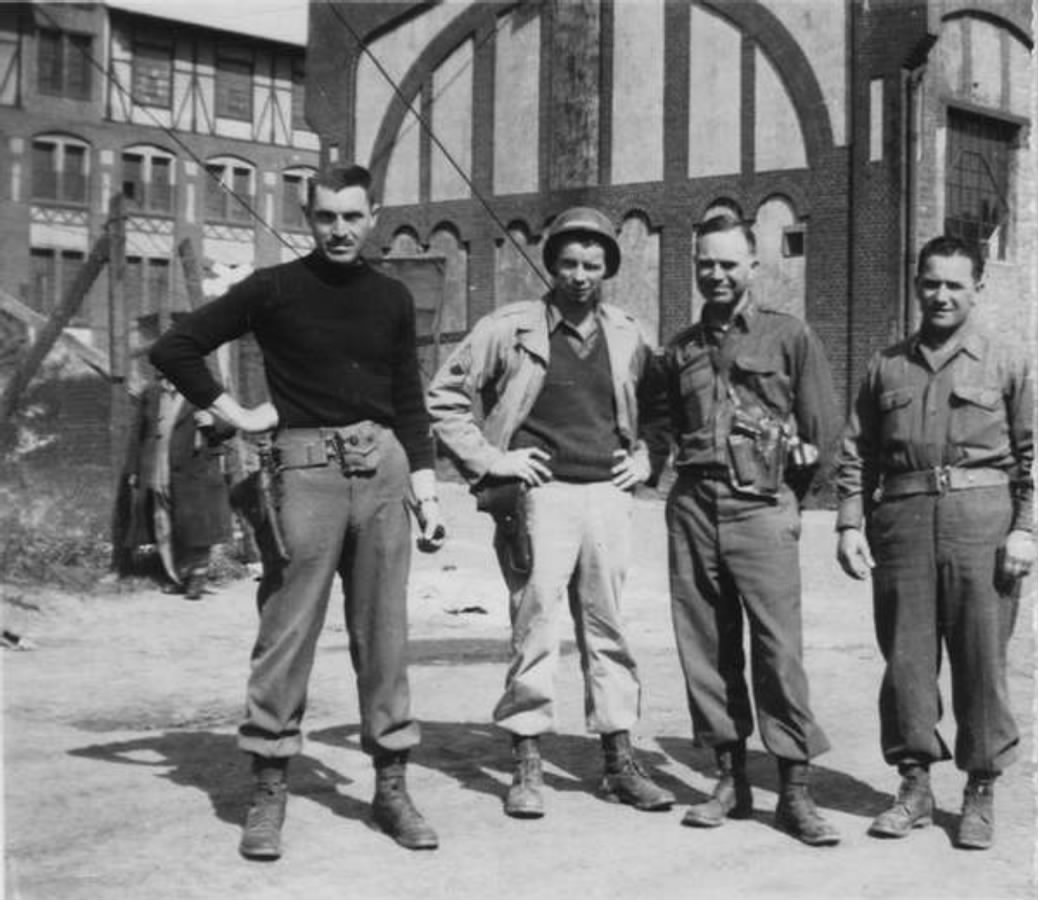 duty in the field, working hands-on to excavate the artwork hidden by the Nazis.

“Many museums took extreme measures, hiding works in caves in the European countryside until it was safe to retrieve them,” Clark said.

The MFAA located more than 1,500 repositories of stolen work throughout Europe, many containing thousands of paintings, and sculptures. One of the largest repositories was found in a network of salt mines in Altausse, Austria, where, along with lieutenant commanders George Stout and Thomas Carr Howe – Kovalyak helped to unearth, pack and ship a collection of more than 6,500 paintings.

When Jeffrey James (’90) became a special agent for the U.S. Secret Service in 1996, he didn’t have to relinquish his name and take on a numerical identity, as the Johnny Rivers song suggests. Nor was he presented with a “top secret” rubber stamp, dark glasses fitted with a recording device, or shoes with a heel concealing everything needed to implode a bridge and rappel down the side of a skyscraper.

What James has gained is an exciting career, including working in Secret Service field offices in Pittsburgh and Washington, D.C., the Intelligence Division, The Presidential Detail, and his current assignment as the Secret Service’s assistant special agent in charge for the National Center for Missing and Exploited Children.

“The Secret Service lends its forensic capabilities to any law enforcement agency that is dealing with a missing or exploited child case,” James said. That could be anything from enhancing grainy video, latent fingerprint examinations, providing handwriting analysis for a ransom note, or providing polygraph services. 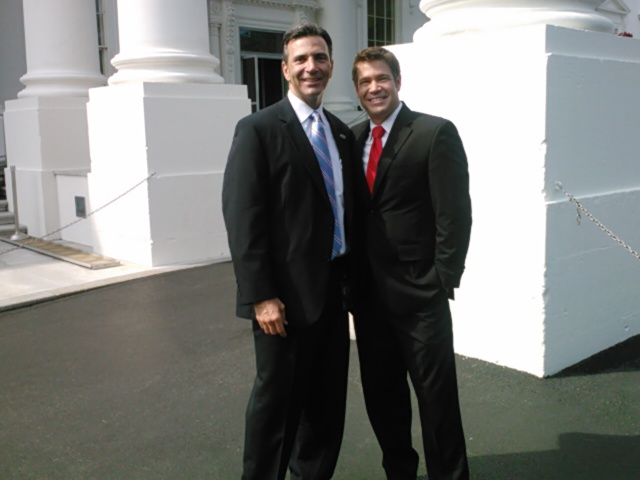 In his position, he is pulled in to do high-level assignments in the protection realm on a fairly regular basis.

Originally from North Versailles, James grew up hearing stories about Clarion University through his godfather, Robert Gevaudan (’69). When it came time for college, James visited the campus.

As a Golden Eagle, James majored in secondary education with concentration in communication arts, and he was involved in the theatre department and intramural sports. When he graduated in 1990, he took a job teaching English and theatre arts at Franklin Regional School District in Murrysville, Pa. The Secret Service position came out of left field when an acquaintance who was with the Secret Service encouraged him to apply to be a special agent.

“I applied, never dreaming I’d be hired because I had no military or law enforcement background,” James said. “I went through a year-and-a-half-long application process. Eventually, I was called in August 1996 and asked if I still wanted the position. I reported for training the next month.”

He’s been in his current assignment with the agency for four years. The longest he served in one capacity with the Secret Service was five years, when he worked on the President’s Detail for George W. Bush.

“I’m a history lover, and it’s literally a thrill every time you walk into the White House. You’re watching history happen every day,” James said. “I was working the morning we caught Saddam Hussein. To be right there to see everything unfold, right through the president announcing the capture to the nation, that was just a great thrill.”

James said his time at Clarion University helped to shape him into the person he is today.

“I always loved the blue-collar atmosphere at Clarion and I believe, even in the professors, it really shined through. I was never allowed to take a shortcut, never allowed to make an excuse. I think that it was comforting, because that was the way I was brought up,” James said. “To see that attitude reflected in higher education – that you’re responsible for your actions and your work – that attitude of accountability and responsibility stuck with me.” 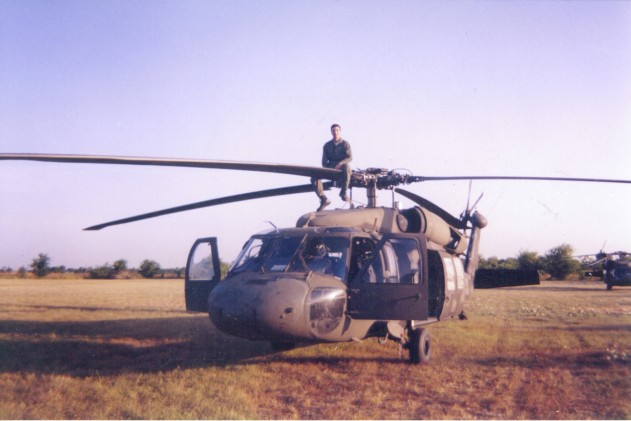 James said he can separate from the government in about four-and-a-half years, if he so chooses.

“There’s a part of me that looks forward to seeing what may be next when my time with Secret Service ends, but part of me knows it will break my heart to leave. This is a great career – the people and experiences have been tremendous.”

James and his wife, Julie, are kept busy with their three young children: Dalaney, 8; Jack, 5; and Madelyn, 3. With three young kids, there is little time for recreational activities, but he tries to carve out time each day for a workout.

“The Secret Service puts a high premium on physical fitness,” James said. “We are required to take a PT test four times a year. I try to ensure that I can keep my scores at the highest level.” The family lives in Centreville, Va. 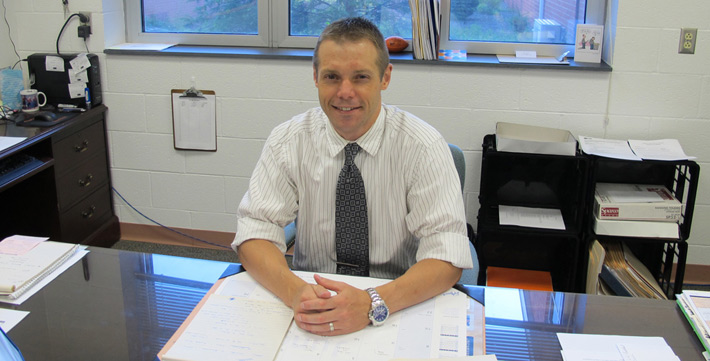 "Seek continual improvement. If not, others pass you by. Keep moving forward and achieve what you want.”

Those words come from John Kimmel (’02). His personal “moving forward” efforts brought him full circle and back to the area he knows well. Kimmell was hired in March 2014 as principal of Clarion Area High School, from which he graduated before enrolling at Clarion University.

He values the different relationships he forged while a college student and believes the 19:1 student-to-instructor ratio at Clarion was a major factor in building those ties.

“I always like the closeness and hometown atmosphere of the (Clarion) community,” Kimmel said as his major reason for staying close to home to attend college. “The faculty was helpful and personable, and I don’t believe I would have gotten that at the larger schools.”

A pre-optometry major when he entered Clarion, Kimmel changed his focus following a volunteer coaching stint at Clarion High School. He discovered a penchant for working with youths and changed his focus, earning a bachelor’s degree in education with a science concentration.

“Dr. (John) Heard’s (physics) class was a mix of grads and undergrads, and that’s where I learned to work on teams,” he said. “Those of us in our group learned from each other. I used that in my own classes when I finally became a teacher.”

Kimmel was a member of the Sigma Pi social fraternity and the university’s Barbell Club and participated in numerous lift-a-thons. He credits Dr. Sue Traynor, who was the fraternity advisor and teacher of coaching classes, for challenging students to become better coaches and teachers by forming relationships with students. This type of relationship building molded Kimmel’s career.

A former weight room advisor at the schools where he worked prior to his return to Clarion, Kimmel said those relationship-building skills benefited a struggling student from his biology class.

“He wasn’t the most popular kid and had an arrogant reputation,” Kimmel said. The student shared Kimmel’s passion for weight training, and the two often saw each other in the weight room. Over time, the two worked out together and shared conversations in which Kimmel talked about his experiences at Clarion University. Eventually, a trust threshold was crossed, and this once-struggling student became a leader in that class.

“The Clarion faculty was there when I had struggles, and I want to be there for students who may be going through the same thing,” Kimmel said. “It’s helped me be more patient and understand them better, which makes teaching more effective.”

In addition to his post in Maryland, he also taught at Union High School in Rimersburg before earning his principal’s certificate and becoming principal at Jefferson Tech in Reynoldsville. Prior to moving into administration, he attained certifications in chemistry, physics and biology, which enhanced his employment opportunities.  He encourages current students with aspirations of teaching at smaller schools to consider following a similar path.

“The smaller high schools look for multiple certifications whenever they can,” Kimmel said.

Kimmel’s plans are to continue moving forward, with hopes of eventually earning a doctorate.