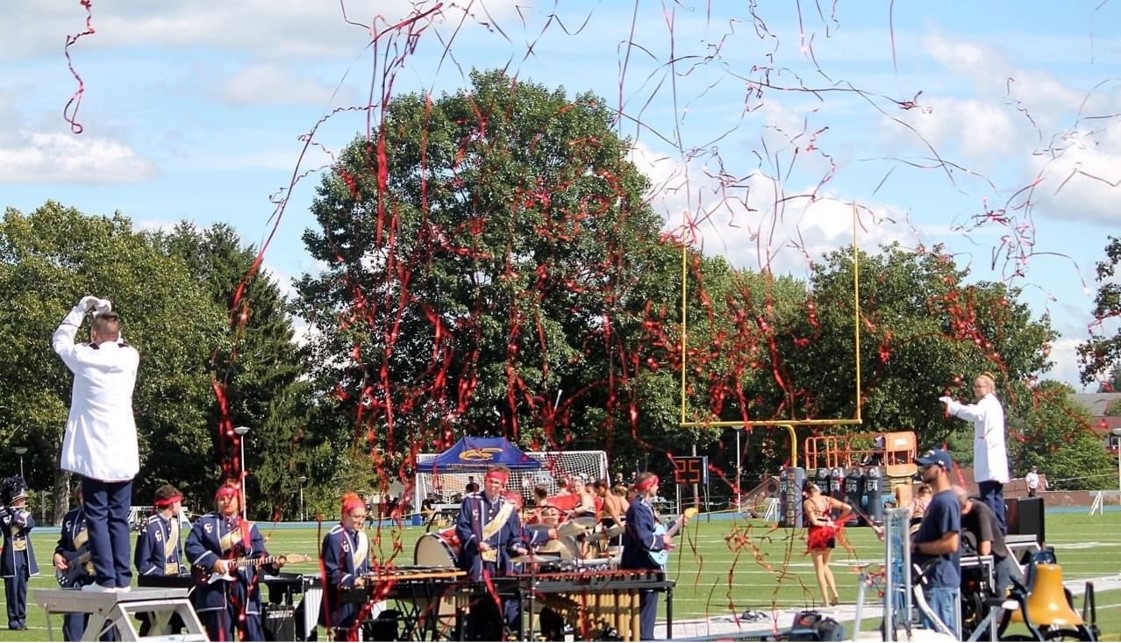 Rich in tradition, the Golden Eagle Marching Band is a corp-style marching band performing diverse styles of music and challenging contemporary drill. With participation from students across campus, the group rehearses in the fall and has a five-day camp before the semester begins. The repertoire ranges from classics and contemporary to traditional fight songs.  The band appears at all home football games, leads the Autumn Leaf Festival Parade, has been featured at numerous professional football games and high school band competitions, and is an annual participant in the Collegiate Marching Band Festival of Allentown. 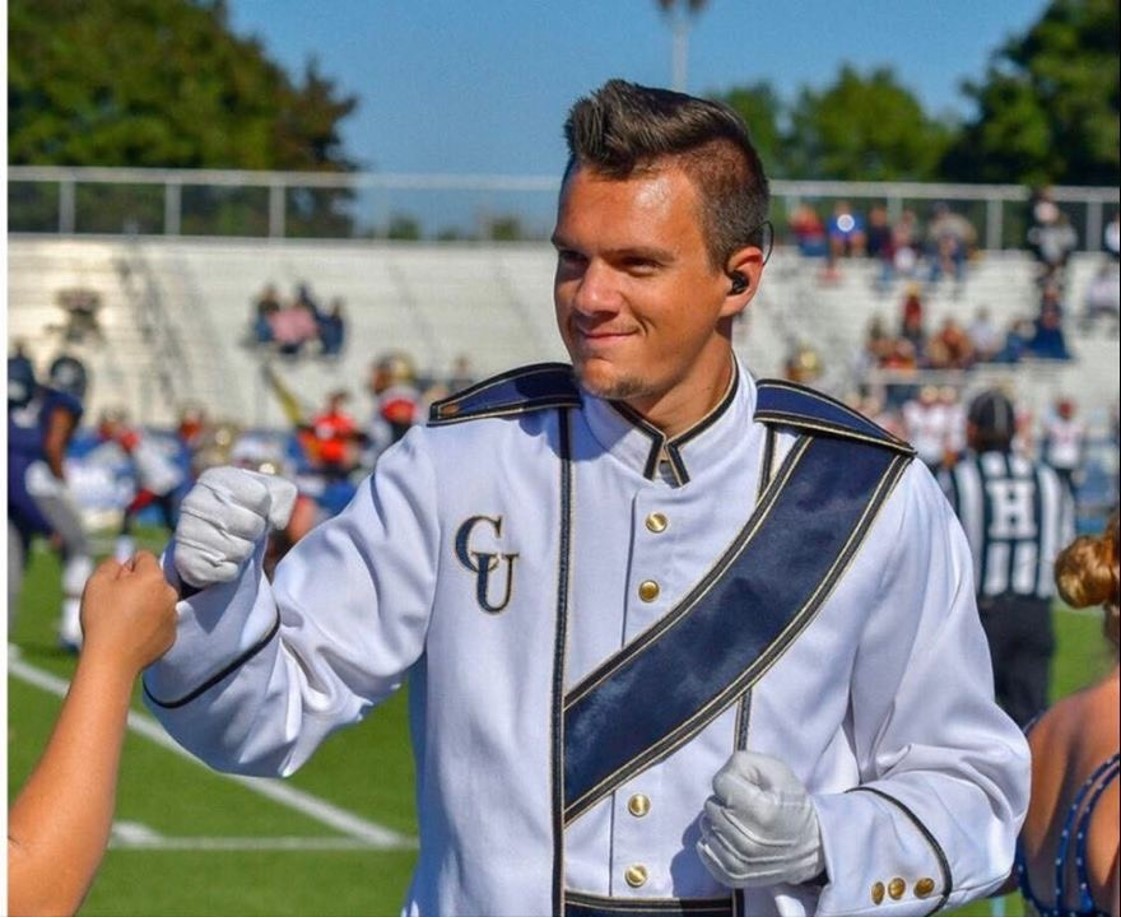 The Clarion University Golden Eagle Marching Band is open to all students within the university. Most students who have participated in an average high school marching band for four years have the skills to be accepted into the marching band. In addition to musical, spinning and twirling skills, students must have a positive attitude and good people skills. Joining the marching band is considered to be one of the best orientation activities for new students.

To join, students must register for the class during their scheduled orientation day. The course number is MUSA 136 (marching band), which counts toward a personal performance credit.

Those who register and attend band camp and successfully complete the marching band season receive a $300 scholarship and have the opportunity for other scholarships.

Color guard and majorettes must audition in April or late June. All color guard, majorettes including the Golden Girl, and percussionists are required to attend a three-day mini camp in early August.

To request permission to use a Clarion University Department of Music locker to store your personal instrument, please complete and submit the Online Locker Request Form.

Learn About Our Benefits 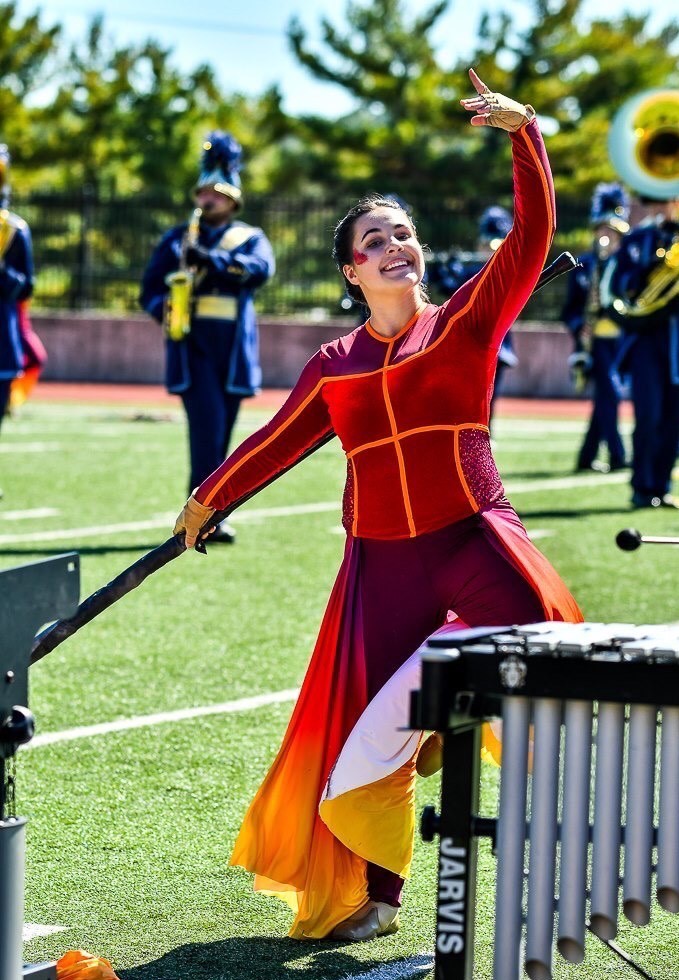 It doesn't cost much and it doesn't take as much time as you might think to be part of the marching band.

It costs approximately $70 for band clothing. The marching band class meets during the fall semester from 4 to 5:50 p.m. on Monday, Wednesday, and Friday. Each section has a rehearsal once a week for approximately one hour.

Walter Hart, a successful public school teacher, organized the Golden Eagle Marching Band in 1941. The band lasted only a year before disbanding because of the outbreak of World War II. With the student population growing after the war, Hart reorganized the band in 1947 with 28 members. Hart continued as band director until 1958 when William McDonald was added to the music department staff.

McDonald continued in the position until 1960 when Dr. James Bruno succeeded him. Bruno relinquished his band duties after one year, when rising enrollment forced him to devote his time to heading the music department.

Since 2014, Dr. Casey C. Teske has again been serving as director of university bands and orchestra. 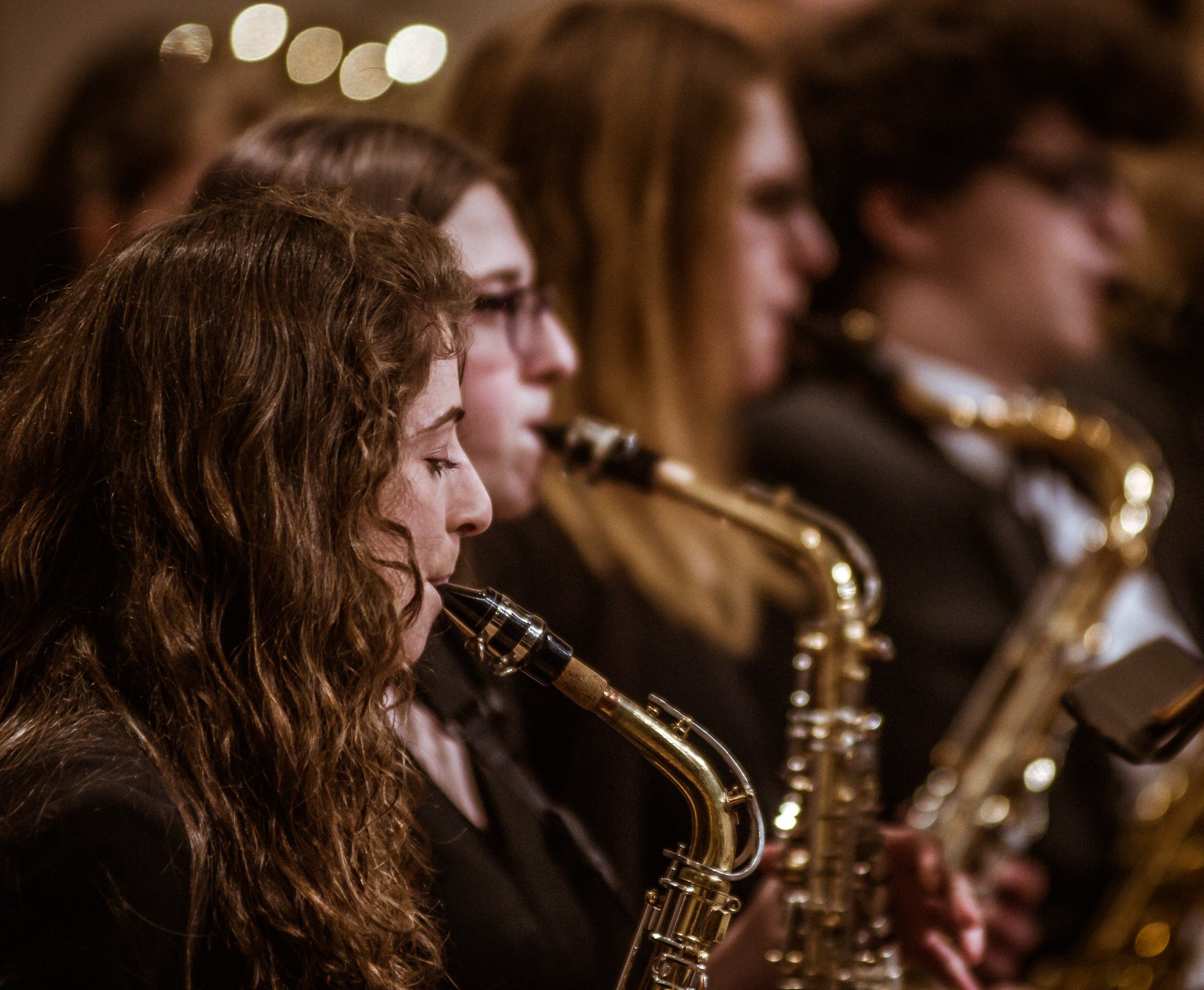 Symphonic Band is a group of talented wind and percussion players from all majors on campus and performs significant wind literature from the Renaissance to the 20th century.  It rehearses twice per week during the spring semester performing one concert on campus.  The symphonic band annually invites guests artists to perform on its spring concert.