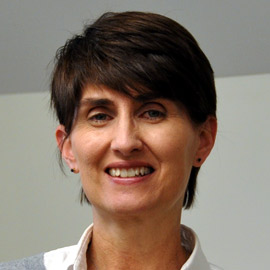 Bonita is originally from southeastern Kentucky, but also lived and worked in Fairmont, West Virginia and the Akron, Ohio area.  She has been a part of the Clarion community for 15 years.  Bonita, a first-generation college student, earned her degrees from Fairmont State and West Virginia University.  Her undergraduate degree is in Secondary Education, Biology, General Science and Gifted Education.  Her Masters of Science degree from WVU is in Biology.  Bonita has always been involved with helping students succeed, from her tutoring and Freshman Counselor days at Fairmont State to her teaching of biology for over two decades.   The last 14 of those years have been spent teaching, mostly Freshmen, here at Clarion University.  Bonita is an avid reader, enjoys time spent outdoors and time with her family.  Bonita, along with her husband Bill, currently live in Shippenville, PA.  They have spent over 20 years “coaching” (aka parenting) their three children:  Brooke, Morgan and Caleb.

Need to make an appointment? https://bonitabailey.youcanbook.me

Matthew is a Doctoral Candidate in the Administration and Leadership Studies program at Indiana University of Pennsylvania. He is a 2014 graduate of Clarion University, where he earned his degree in Communication with a concentration in Journalism. As a student at Clarion, he wrote for the Clarion Call, worked as a student manager for the Men's Basketball team, worked in the Sports Information Department, and served as a SOAR Mentor and Orientation Leader for three years. Matthew completed his Master's degree in Student Affairs in Higher Education at IUP in 2016 before returning to Clarion University as a Success Coach. He has worked at Clarion University since February 2016.

Need to make an appointment? https://mmullen.youcanbook.me/