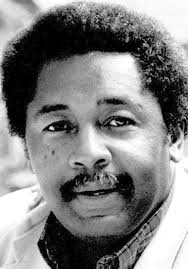 As part of Black History Month, we will present profiles of men and women who made a difference at Clarion University.

John Shropshire (’61) broke ground in 1972 when he became the dean of enrollment management, the first African American to attain dean status at Clarion University. In 1994, Mr. Shropshire was elected president of the Pennsylvania Black Conference on Higher Education and was named chairman of the enrollment management committee of the American Association of Collegiate Registrars and Admission Officers.

He was elected in 1999 to Clarion County's Board of Commissioners, the first African American to hold any elected position in the county. He was a member of the Clarion County Ethnic Tolerance Coalition. He fought to get more black teachers and administrators at Pennsylvania's colleges and universities, and more black students earning diplomas from those schools.

In February 2018, Clarion's Black Caucus and Minority Student Services joined to honor Mr. Shropshire with the Pioneer Award. Clarion University previously honored Mr. Shropshire as a Distinguished Service Award recipient in 1999 and as a Sports Hall of Fame inductee in 2004.